Upon hearing the term calcific tendinopathy, many people may think of a complete calcification of the shoulder joint. However, so-called calcific tendinopathy is calcification of specific areas of the shoulder. The supra- and infraspinatus tendons are located in the narrow space between the shoulder ball joint and the acromion. These tendons and their associated muscles are primarily responsible for abducting our arms laterally and rotating them outward. Although the space in which the tendon moves is very narrow, it does not cause any problems among healthy people.

However, if this part of our body is overloaded unilaterally or permanently, this space can narrow. Pressure is thus exerted on the tendon and bursa. The tendon is rubbing against the bursa and is therefore stressed, losing its elasticity and resilience. If this happens over prolonged periods, calcifications or calcium deposits can develop on the tendon, the late consequences of recurrent bursitis.

Affected people usually have extreme pain and can no longer cope with their daily life as they usually would like to. Typical symptoms are sudden sharp shoulder pain during rotational movements and when lifting the arm. So-called ‘night pain’ may occur when lying on the affected side.

Due to irritation of the tendon, exertion pain may occur. In addition, the range of motion may be limited due to pain.

Calcifications are easily recognizable in X-rays since this diagnostic procedure shows calcifications similar to bone structures. In principle, three images are taken during an X-ray of the shoulder (from the front, with the arm raised, and from the side). In the case of calcific tendinopathy, additional images are taken with the upper arm turned inward and outward.

An ultrasound examination shows possible calcium deposits in the shoulder. They are recognizable as ‘sonic shadows’. Since calcium and bone are very dense materials, the ultrasound signals cannot pass through these areas and cast a so-called ‘sonic shadow’, which the examiner can then interpret as a calcium deposit. An ultrasound examination indicates the density of the calcifications and at what stage of development they are. The stages of calcification are decisive in determining which treatments can ultimately be undertaken.

Furthermore, bursitis is easily recognizable on ultrasound as an accumulation of fluid. Possible accompanying symptoms, such as tendon ruptures or tears in the rotator cuff, can also be assessed here. Any calcifications can also be detected using MRI.

If shock wave therapy and needling can no longer be performed because the symptoms have progressed too far, the calcifications can be removed by a minimally invasive procedure (arthroscopy). Depending on the size and location of the calcifications, a tendon suture may be necessary after extracting the calcium deposits. If the residues are small and the affected tendon areas are not damaged, they are usually left in place and not sutured. 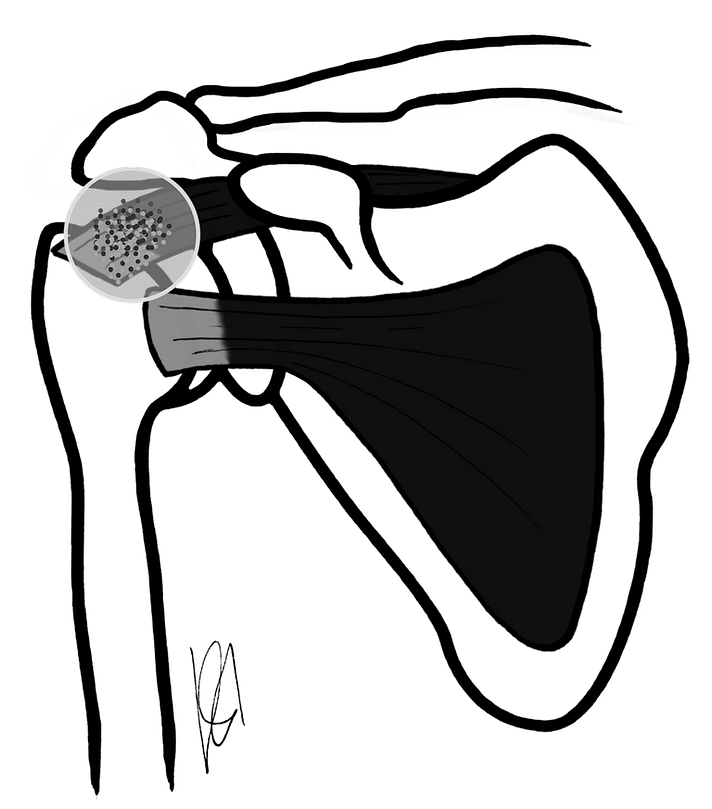 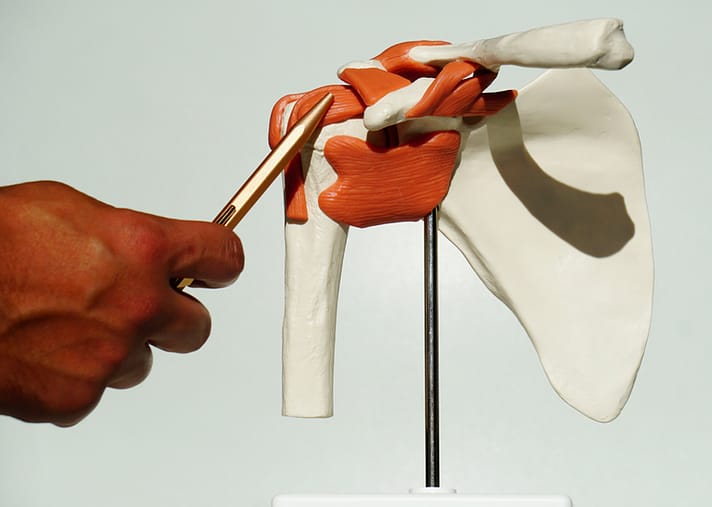